How many people took part in the Reiki study? 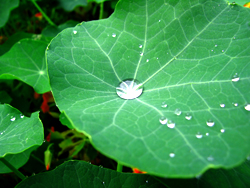 In this study, 45 people were treated with Reiki to determine if Reiki had a positive effect on the functioning of their autonomic nervous system. The study was conducted in an outpatient clinic.

What happened during the study?

One group rested for 15 minutes, then received “fake” Reiki, then rested for another 10 minutes.

One group rested the entire time.

What were the results of the study?

The study results indicated that the heart rate and diastolic blood pressure decreased significantly in the Reiki group compared to both placebo and control groups.

The study indicates that Reiki has some effect on the autonomic nervous system. However, this was a pilot study and more research is necessary.

The study was noted in:

Receive a free guided meditation to listen to at home or work.
Your information will *never* be shared or sold to a 3rd party.
Go to Top